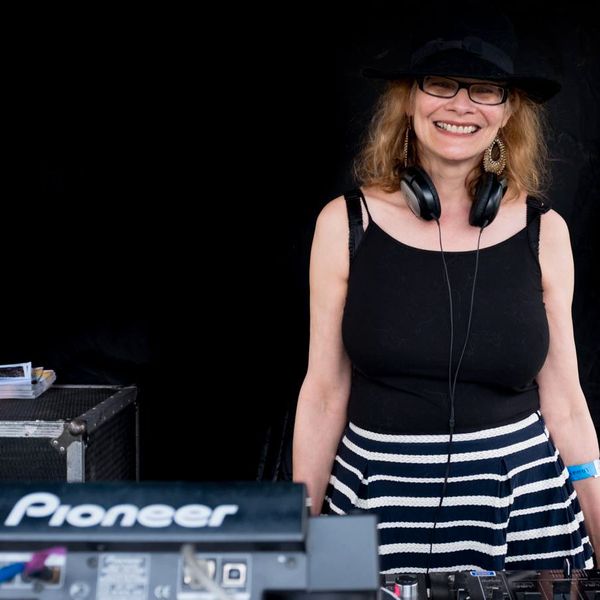 Oldham-based creative writer, broadcaster and world music specialist has performed online under her professional stage name, DJ Mayeva for the first time, as part of a fundraising event for London-based broadcaster Resonance FM.

Geli was invited to take part in the Outerglobe Female DJ Relay event by DJ Debbie Golt, a regular presenter on the highly-regarded radio station.

Geli herself produced and presented Cultural Collage on Levenshulme community radio station ALL FM 96.9 between 2005 and 2013.  While there, interviews with local professional world music performers led to a decade-long campaign for equal opportunities and pay for diverse artists.  She set up the Lingua Franca World Music Agency and the Cultural Collage World Music Festival which showcased world music throughout Greater Manchester between 2010 and 2013.  She now runs Lingua Franca World Community CIC – a collective of diverse performers and other creatives.

As DJ Mayeva, she has performed at and programmed world music stages for venues and festivals throughout the UK, including Manchester’s Bridgewater Hall, Viva Latin American Festival, Blue Dot and Kendal Calling.  She regularly performs on the Trenchtown stage at Africa Oye in Liverpool and has supported several well-known world music acts, including South African superstars Shango Electric.

You can catch future DJ Mayeva gigs online via Geli’s own channel on Mixcloud at https://www.mixcloud.com/geliberg/.

Currently there are no comments related to this article. You have a special honor to be the first commenter. Thanks!