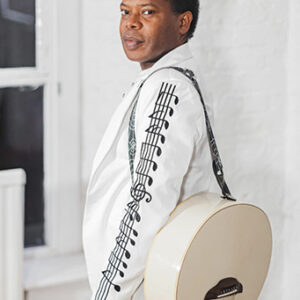 Originally from the Dominican Republic, Bachata and Salsa singer, July Julay is now resident in Manchester, UK. His vocal expertise has gained him recognition throughout Latin America and has led to TV and radio performances around the Globe.

Upon moving to the UK, July rapidly established a reputation as one of the leading Bachata singers in Europe, performing both at Tottenham Carnival and London’s Carnaval Latino which in turn led to appearances all over the capital. Meanwhile July was working on his own material and he finally released his first album “Sin ningun temor” in 2009, which immediately being nominated for the first GSD Media & Latin American music awards in UK.  Eternally popular with Salsa dancers, July regularly plays on the local scene with his band The Mambo Kings.